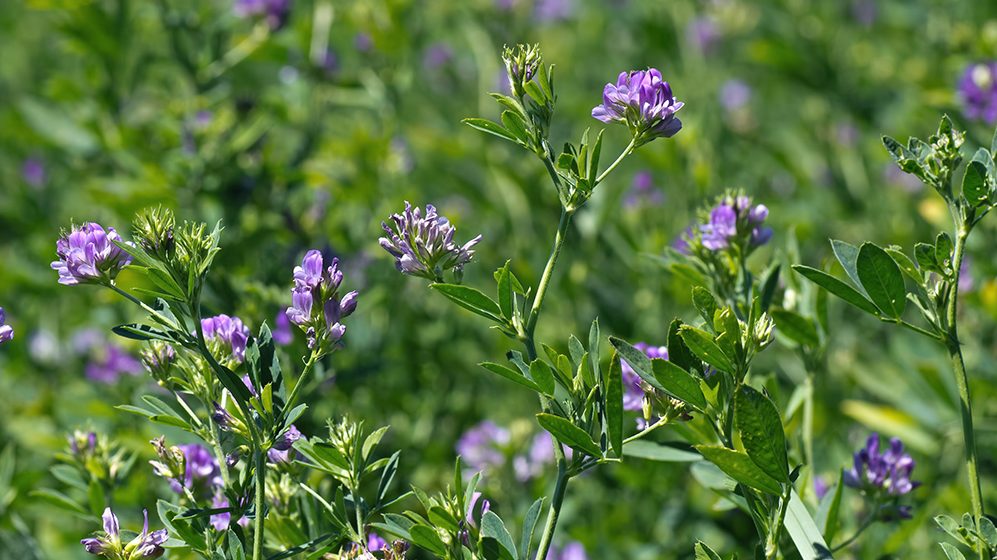 Fall alfalfa planting can be quite successful and offer stand establishment advantages over waiting until next spring:

Clear seedings of alfalfa without a nurse crop are often most successful in late summer.  Increase your success with  late summer and fall alfalfa planting by paying attention to a few management practices.  Make sure you have enough soil moisture for seed to germinate and sustain small plants after seedling emergence.  Plant at least six weeks before a killing frost…eight to ten weeks is even better.  Don’t clip alfalfa during fall establishment; fall clipping makes alfalfa more prone to winterkill. 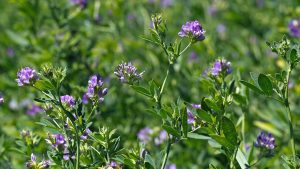 SW4412Y– FD4 lodging resistant variety with improved yield and improved lodging resistance over Pioneer 54Q14.  If you’ve had lodged alfalfa in the past, perhaps due to heavy wind and rain, or manure applications, choose SW4412Y.

SW5213– FD5 winterhardy variety also with a strong yield record in University trials, get that extra fall yield from this FD5 variety.

SW525LH– FD5 winterhardy with high resistance to potato leafhoppers, the smart choice if you can’t spray for leafhoppers or if you don’t want to scout for leafhoppers, available with OMRi-listed coating or raw if used for organic production