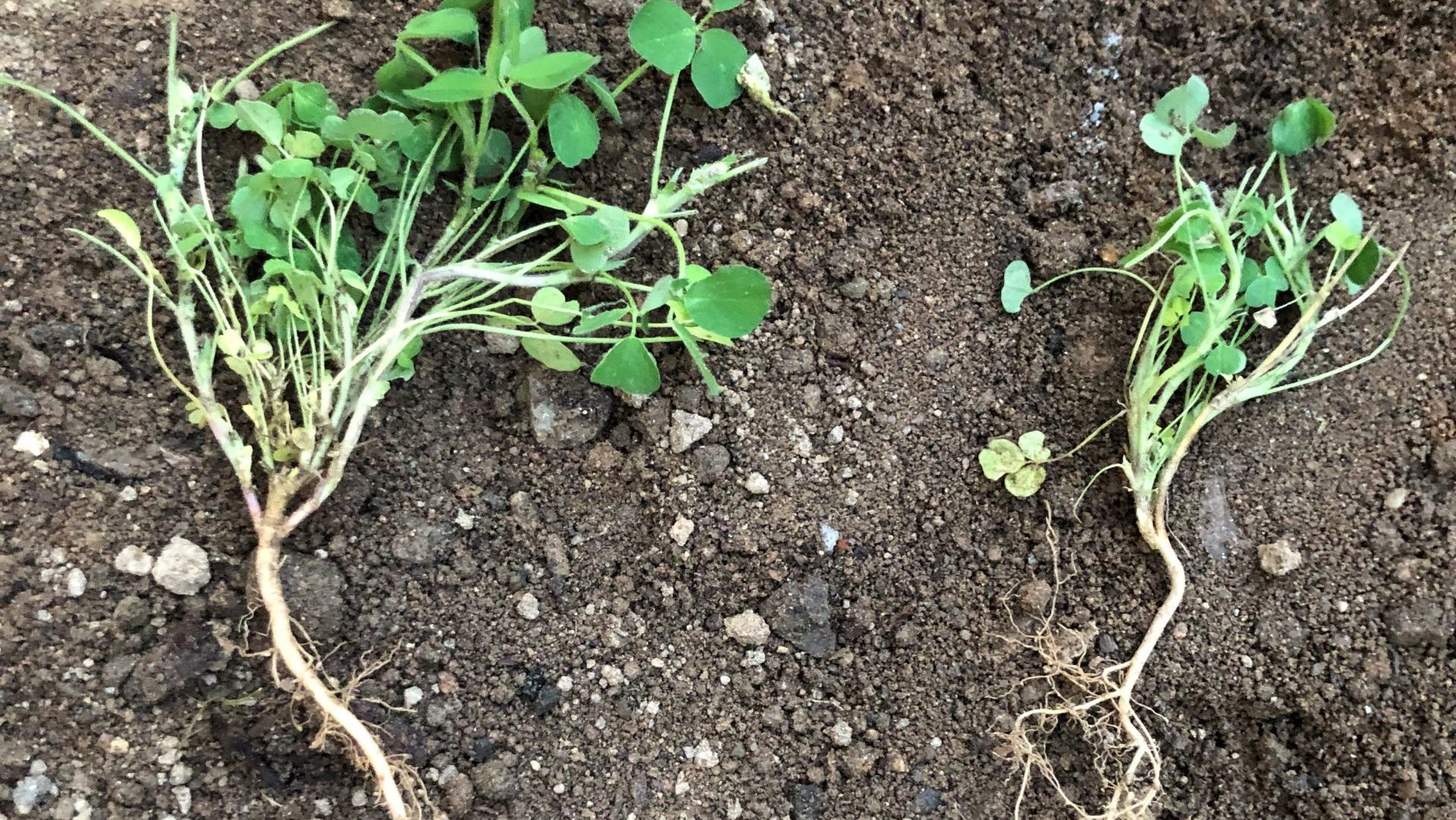 Take advantage of late summer alfalfa seeding to get a jump on next year’s yield.  Slow initial growth during the 6-8 week establishment phase of alfalfa cuts off a significant portion of the growing season when alfalfa is planted in spring.  For that reason, establishment year yields don’t measure up to second year yields in this perennial crop.  But there’s a work-around for farmers who have open ground in late summer. Alfalfa seedings in late summer can be very successful and it’s a great time of year to plant a new stand if soil moisture is adequate for stand establishment. With adequate fall establishment, the new stand can begin its growth on schedule the following spring, ready to go into full production.

Late summer planting offers some advantages over spring planting by utilizing a portion of the growing season in open ground after small grain harvest, or following sorghum-sudan, or early corn silage harvest. 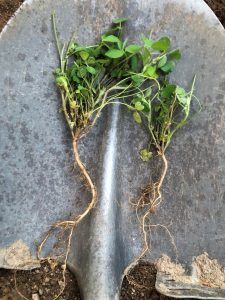 Photo: These alfalfa plants are showing good crown development in spring, following late summer planting the prior year.  Tap root and nodule development is evident but not far advanced.  The crowns of these young plants are already developed well enough to exert multiple crown buds, and put forth multiple stems per crown for good contribution to first-cut yield.

• Check the moisture status of your soil profile. Make sure there is enough soil moisture below planting depth, to keep seedlings growing after emergence.
• It isn’t a good idea to plant into a bone-dry soil profile unless you can irrigate to get young plants established.
• Even with sufficient soil moisture at rooting depth, you might be planting into dry surface soil. This may lead to uneven emergence unless a timely irrigation or rain follows within a reasonable period.
• Make sure to obtain good seed-to-soil contact for improved soil moisture intake during germination.
• Weed pressure is generally less than spring planting and weeds may present fewer problems with late summer establishment.
• Even so, follow herbicide label recommendations to obtain best control and scout fields soon after emergence for any problem weed escapes.
• No-till planting has the edge on soil moisture conservation instead of tillage for seedbed preparation.
• If planting via no-till, take advantage of the option for a burn-down herbicide before planting to control existing weeds.
• Try to plant at least 6 weeks before a killing freeze. Shorter time-frames have increasing risk of poor winter survival.
• Refrain from taking a fall cutting even if the new stand appears to have adequate growth. Young plants are forming taproots and storing up carbohydrates, and will need that energy for winter survival and initiation of robust spring growth.