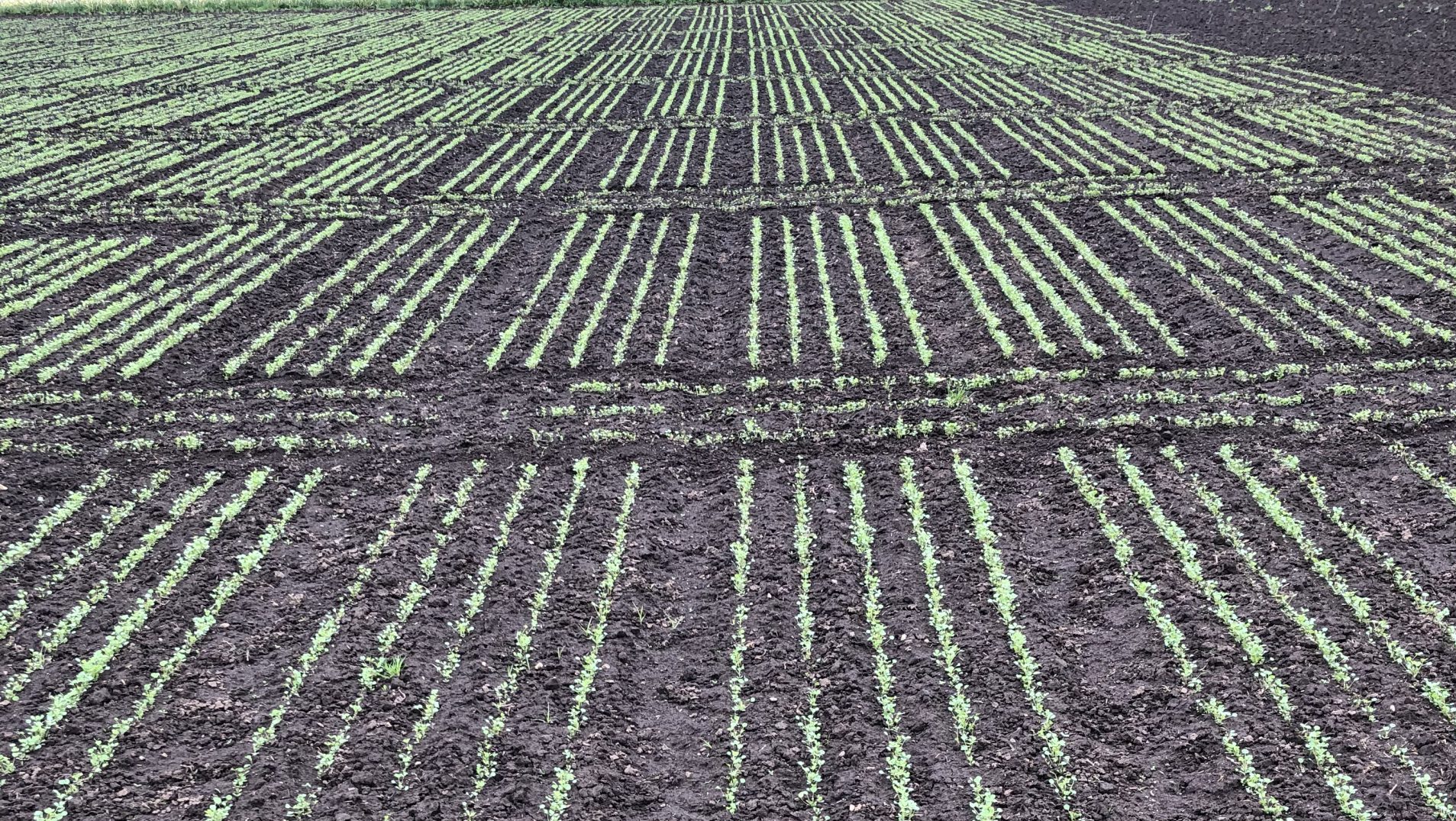 Posted at 00:35h in Agronomy, Soil by John Manago
0 Likes

Alfalfa’s nitrogen value is skyrocketing along with fertilizer prices.

Alfalfa is known as the “Queen of Forages” because of its high yield of high protein forage with a relatively fast ruminal digestion rate.  Alfalfa should also be dubbed the “King of Nitrogen Fixation” because alfalfa makes more residual nitrogen available to subsequent crops than any other legume you can grow.

As nitrogen prices have more than doubled and even approach tripling over the past two years for some nitrogen sources, there is a commensurate increase in the value of residual nitrogen from rotating out of alfalfa. With current nitrogen fertilizer prices shooting through the roof, alfalfa stand termination value is dramatically increased. The residual nitrogen value of terminating a good alfalfa stand might even outweigh the cost of shorter rotation and more frequent establishment cost.

But there’s a catch—the amount of nitrogen made available to subsequent crops is related to alfalfa stand density at termination. A good dense stand of alfalfa can have a very high nitrogen value, offsetting 250-300 pounds of purchased nitrogen in the two crop seasons following termination of the alfalfa stand.  It’s like a dividend that your alfalfa fields pay back to you for your prior investment in stand establishment.

At current high nitrogen prices it may be to your advantage to rotate alfalfa fields more often, especially if you’ve been trying to squeeze five or more years out of aging alfalfa fields while overall yield declines against a backdrop of rising fertilizer prices. The changing dynamic of dramatically increased nitrogen costs makes the nitrogen value of your existing alfalfa stands much more valuable.

The second year of an alfalfa stand is normally the most productive year, with yields declining slightly in the third year, and often an accelerating decline after that.  Alfalfa stands terminated at the beginning of their productivity decline, have the most nitrogen fertilizer replacement value.  But a tired old field of alfalfa that’s been significantly overtaken by grass, dandelions and weeds, won’t contribute much if any nitrogen to a following crop.

There can be a measurable advantage to rotating alfalfa fields while they can still pay the full nitrogen dividend to a following crop. Nitrogen is needed by non-legume crops, and the crop yield loss from inadequate nitrogen is highly correlated to the amount applied when less than adequate.  The nitrogen from alfalfa becomes available over a period of time as alfalfa roots and nodules decay in the soil following alfalfa stand termination.  This moderate rate of nitrogen becoming available can be like spoon feeding nitrogen to a following crop, and makes the nitrogen less prone to leaching or denitrification losses as opposed to a slug of nitrogen fertilizer applied all at once. 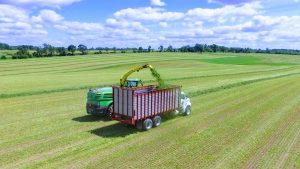 What rotational crop can benefit most from the nitrogen dividend of alfalfa? It will be the crop that uses the most nitrogen in your rotation, and for most farms that will be corn or sorghum species.  Many research studies over the past several decades show that corn yield does not respond to nitrogen in the year following rotation out of a good stand of alfalfa.  What’s more, a second year of corn requires less applied nitrogen as well.  In several studies that measured corn yield response to nitrogen in the second year of corn following alfalfa, corn yield response topped out at about half the rate of applied nitrogen versus no alfalfa in rotation.

For many farms that have a significant amount of manure to spread on fields, rotation out of alfalfa and into corn for two years can rely on alfalfa’s nitrogen dividend for the first year of corn following alfalfa, then augment the remaining nitrogen from alfalfa in the second year of corn with manure application to meet the crop’s full nitrogen needs. In this scenario there can be two years of corn or sorghum species in rotation following alfalfa, with no purchased nitrogen fertilizer. You can put your fertilizer dollars to work building soil levels of P & K as needed, or fall back to maintenance rates based on crop removal if your soil levels of P & K are already adequate.  What if your soil levels of P & K are high?  You can take a pass on high fertilizer prices altogether and pay yourself back a dividend with the P & K you’ve banked in your soil.  If you have a sustainability goal for your farm, these soil fertility management practices should be high on your list for consideration. 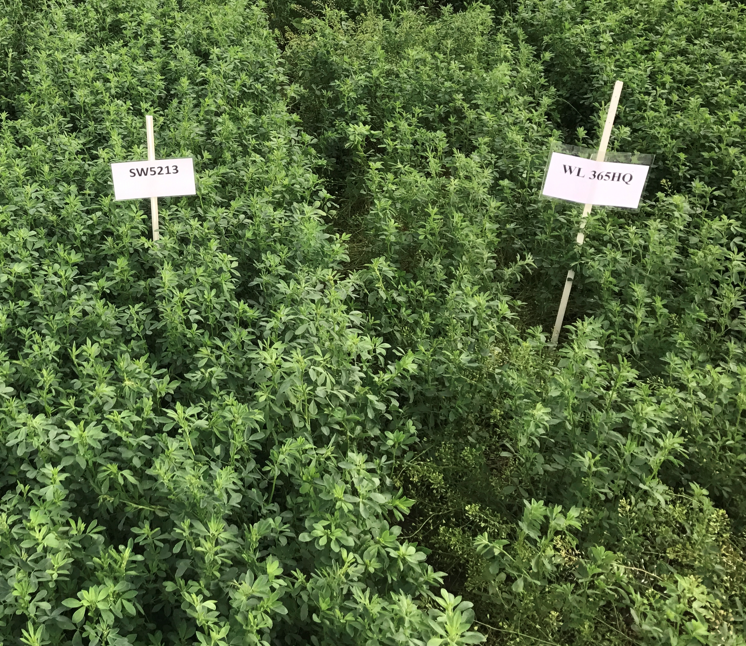