Our Path to Success 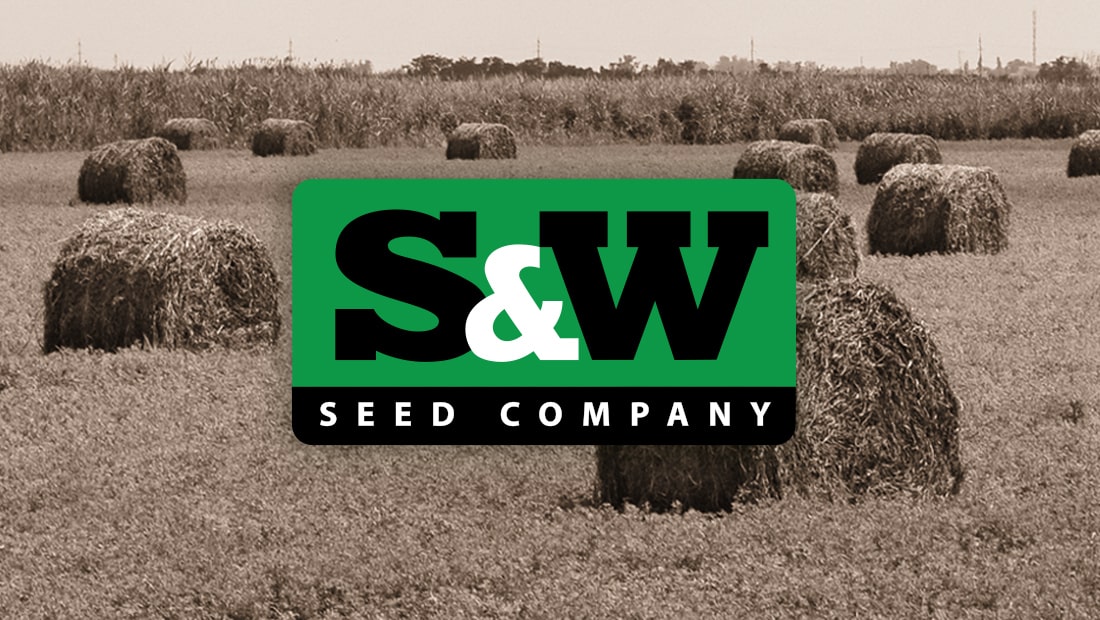 07 Feb Our Path to Success

S&W Seed Company’s vision is to be the world’s preferred proprietary seed company supplying a range of forage, grain and specialty crop products supporting the growing global demand for animal proteins and healthier consumer diets. S&W has been on the path of change and expansion, moving from marketing non-dormant alfalfa varieties in the U.S. Southwest to marketing dormant, non-dormant and salt-tolerant alfalfa varieties, along with wheat varieties and sorghum and sunflower hybrids around the globe.

“This series of acquisitions was incredibly important for building the foundation of our relevant, global seed company with a broad portfolio of proprietary grain and forage crop products,” says Don Panter, Executive Vice President and head of the Americas Business Unit. “We continue to seek out potential acquisitions and partnerships which can further support our strategy to become the premier mid-market global seed company.”

S&W has long been known as the world leader in non-dormant alfalfa, as well as the lead player in alfalfa seed in the U.S. Southwest. The company was launched in 1980 by two California ranchers seeking to develop alfalfa varieties adapted to high salinity conditions. During the 1980s, S&W expanded its reach to include the Middle East and Africa, markets that continue to be important for S&W.

S&W purchased the Pioneer dormant alfalfa business in 2014. That purchase included germplasm, commercial varieties, a seed processing plant, research locations in California and Idaho, a production and distribution agreement, and Pioneer staff. According to Mike Eade, Vice President of Sales and Marketing, S&W was seeking opportunities that would complement current business.

“Previously, Pioneer had the premium dormant alfalfa varietal R&D breeding program in the U.S.,” Eade says. “Purchasing that business from Pioneer allowed us to expand our alfalfa portfolio. Launching Alfalfa Partners in 2020 will further broaden our market impact.”

Following the initial deal, Pioneer continued to sell the now proprietary S&W varieties under the Pioneer brand. This supply agreement continued until S&W signed a 2019 agreement with Corteva Agriscience allowing Pioneer to exit the 2014 agreement. Pioneer continues to license and distribute certain S&W-owned varieties. S&W retained the rights to all the germplasm developed by Pioneer over the last 40 years.

Bill Gilbert, Commercial Marketing Manager for the Americas, notes that many in the industry remain unaware that S&W is offering the well-regarded former Pioneer varieties. “A key piece of our alfalfa story is that growers have been growing our varieties for years to the tune of 25% of the U.S. alfalfa seed market, although they knew these products under the Pioneer brand,” Gilbert says. “They can now get similar and improved varieties from S&W Alfalfa Partners.”

In 2018, S&W purchased NextSteppe and Chromatin and the Sorghum Partners brand. NextSteppe had a strong R&D program in developing high biomass, biofuel-based sorghum germplasm for the U.S. and Brazil. Chromatin had a 50-year history in R&D developing forage and grain sorghum genetics and developed the industry’s deepest sorghum breeding pipeline. Its Sorghum Partners brand has been delivering quality seed to the global market for over 20 years. In addition to the Sorghum Partners brand, and the biofuel, food, forage, grain sorghum and sudan germplasm base, the Chromatin purchase brought three Texas-based facilities to S&W: R&D in Lubbock, seed production in Dumas, and seed processing in New Deal.

“The acquisition of Chromatin and Sorghum Partners in 2018 moved S&W into new directions,” Eade says. “We are now a leading supplier of elite alfalfa and sorghum genetics to the U.S. market.”

S&W is investing in a nationwide sales, marketing and communication plan to launch its alfalfa, grain sorghum, forage sorghum, and sorghum/sudangrass products through its Alfalfa Partners and Sorghum Partners brands.

The company has plans to follow those launches with the development of a Sunflower Partners brand. S&W’s sunflower seed business and its breeding program is currently centered in Europe. Gilbert says, “Our focus is Eastern Europe, but we are trialing products from that program in the U.S. and expect to launch a commercial program in 2020.”

Most recently in 2019, the company acquired the wheat breeding and genetics program from Dow AgroSciences in Queensland, Australia. Through commercialization of superior wheat varieties from this program over the next two to three years, the company will significantly expand its product portfolio and commercial footprint throughout Australia.

S&W’s future plans include launching varieties of other crops through acquisition or internal development.