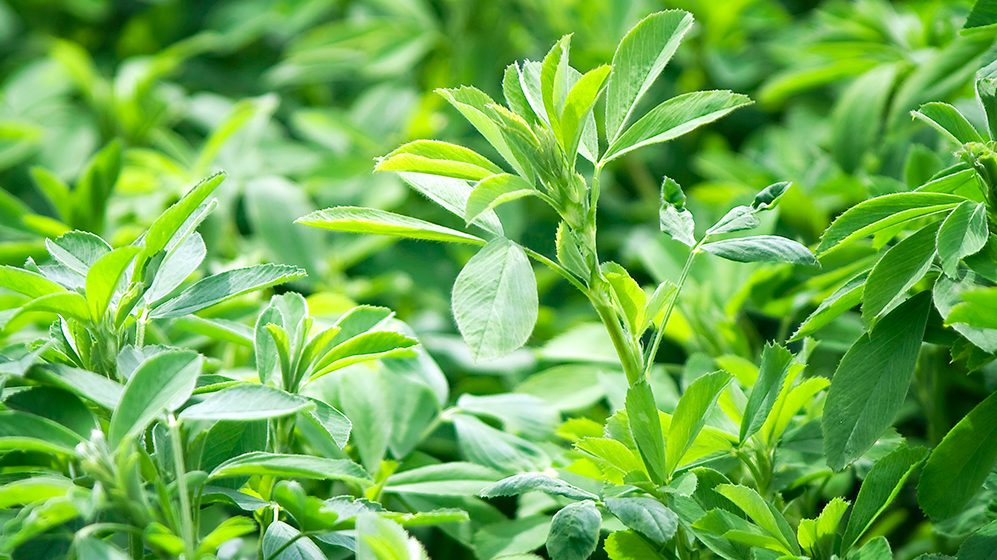 18 May PLAN FOR SUCCESSFUL LATE SPRING AND SUMMER ALFALFA PLANTING

Posted at 16:15h in Uncategorized by John Manago
1 Like

It’s not too late to plant alfalfa-. Upper Midwest spring planting weather turned out better than some of us might have expected following the winter and early spring weather patterns, including late snows experienced in most areas. When soils finally became fit enough to plant, it was high time to get corn in the ground on many farms, and rightfully so. Corn yield and growth stage progression are more sensitive to planting date and Growing Degree Days than most other crops. Missing your best corn planting window can mean declining yields, late harvest, and all the potential problems that go with it. Soybeans are much less sensitive to planting date, with about one day in delayed harvest for each day of delayed planting after the “optimum” window. But how does delayed planting affect alfalfa? Should a later planting date affect how you manage the establishment phase of the crop? Here are some points to consider.

Seedling emergence and early growth can be faster than during the cooler temperatures of early spring. Alfalfa seeds sprout in a soil temperature range of 40 to 104°F. That’s cooler on the low end than corn and soybeans, and its why many alfalfa fields are planted ahead of row crops when early spring weather and soil conditions permit. But what about later planting for alfalfa? Just like with early planting, the key ingredients for good stand establishment are a firm seedbed, seeding at the proper depth, and good seed-to-soil contact.

The soil profile should have sufficient soil moisture to enable germination and early seedling growth. Alfalfa is most vulnerable to drought in its establishment phase, before establishing its crown and the deep tap root that is typical of this perennial plant. If the soil surface is extremely dry, germination may be delayed until sufficient rain or irrigation to provide the moisture needed for germination and early emergence. 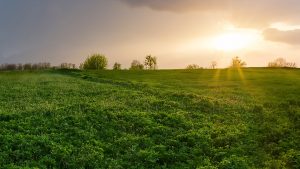 With corn planting finished, consider taking the time to incorporate soil amendments, if needed, before jumping straight into alfalfa planting. Lime and potassium applications can be broadcast and worked into the soil, as well as phosphorus if banded applications aren’t convenient. Soil testing and analysis should be the basis for the amount of application.

Take advantage of a later planting date to overcome the spring flush of weeds. If tillage is your preferred field preparation, consider spacing out your tillage operations to delay a final light tillage operation by up to a week to take out germinating weeds encouraged by your initial tillage. (It’s the same principle behind using a rotary hoe for sprouted weed control.) With delayed spring or early summer planting, you have the chance to decimate the spring flush of weeds and incorporate a pre-plant herbicide such as BalanTM or Eptam®. Consider a burndown herbicide before tillage, especially if large weeds are present that might not be adequately controlled by your tillage method. Likewise, if you plan no-till or minimum-tillage alfalfa establishment, a burn-down herbicide is usually necessary for later-planted alfalfa, and you can follow up with a post-emergence herbicide application if needed.

The key to good post-emergence herbicide efficacy in alfalfa: spray weeds when they are small. There are several herbicide options for both grass control and small broadleaf weeds. Scout for weeds soon after alfalfa emergence in order to keep all your weed control options open. You’ll get much better weed control with timely herbicide application rather than waiting and allowing weed seedlings to get established. See the table below for alfalfa herbicide options.

If a manure application is made prior to alfalfa seeding, incorporate manure into the soil. Heavy applications of manure can disrupt soil-incorporated herbicide effectiveness and may interfere with alfalfa germination and seedling emergence if manure chunks remain at or near the soil surface or interfere with preparation of a firm seedbed.

Timing of weed seedling emergence and predominant weed species can change as the season progresses. For example, mustard and related weed species are typically early emerging weeds; pigweed, barnyardgrass and panicum species emerge later in spring or early summer. These and other “summer” weeds can be fast growers, so early identification and control are important.

It’s always important to scout young alfalfa stands for insect pests, but scouting and early identification can be even more crucial during the establishment phase of late spring and early summer-planted alfalfa. Learn what to look for and scout for alfalfa weevils and armyworms. Early spring plantings can get further along in development by the time these pests become a threat, but late spring and early summer plantings often have less above-ground plant mass. With less plant material to feed on, these pests can have a more damaging effect than on an established stand. Potato leafhoppers can be detrimental to young alfalfa stands during the establishment phase, even if the variety you’ve chosen is leafhopper-resistant. That’s because leafhopper resistance is not expressed in young plants. Small seedlings and even young plants during the establishment phase may not have enough taproot development to bounce back quickly from excessive pest pressure. Scout alfalfa regularly during early establishment, and know what to look for in terms of weed and pest identification. Consult an Extension advisor or other crop expert if needed for their expertise and opinion, and be timely with insect pest and post-emergence weed control measures if needed. NAFA News – May 15, 2020

When is it too late to plant alfalfa? You can plant all summer – provided you anticipate enough soil moisture to obtain good germination and early growth. Plan on wrapping up late-summer planting by early August in the Upper Midwest. Alfalfa plants need time to develop their tap roots and crowns before a killing frost, and the rule of thumb is to plant at least six weeks before the killing frost. Late August and even early September seedings can be successful in some years, but it’s an increasingly risky establishment bet to wait past mid-August. Besides, yield the following spring will be best on fully established alfalfa fields, so fields planted after mid-August may not meet your yield expectations for first cut the following year. The bottom line is that late-spring and summer establishment can be successful or even preferable from a timing standpoint when you consider all the other spring activity that you need to juggle as you prioritize your crop management practices.

The following table provides a list of herbicides labeled for use on alfalfa in most states but does not constitute a recommendation. Your herbicide-use decisions and applications must be made according to full and complete herbicide manufacturer label information, plus supplemental labels for certain uses and states.

TABLE OF HERBICIDES FOR USE IN ALFALFA